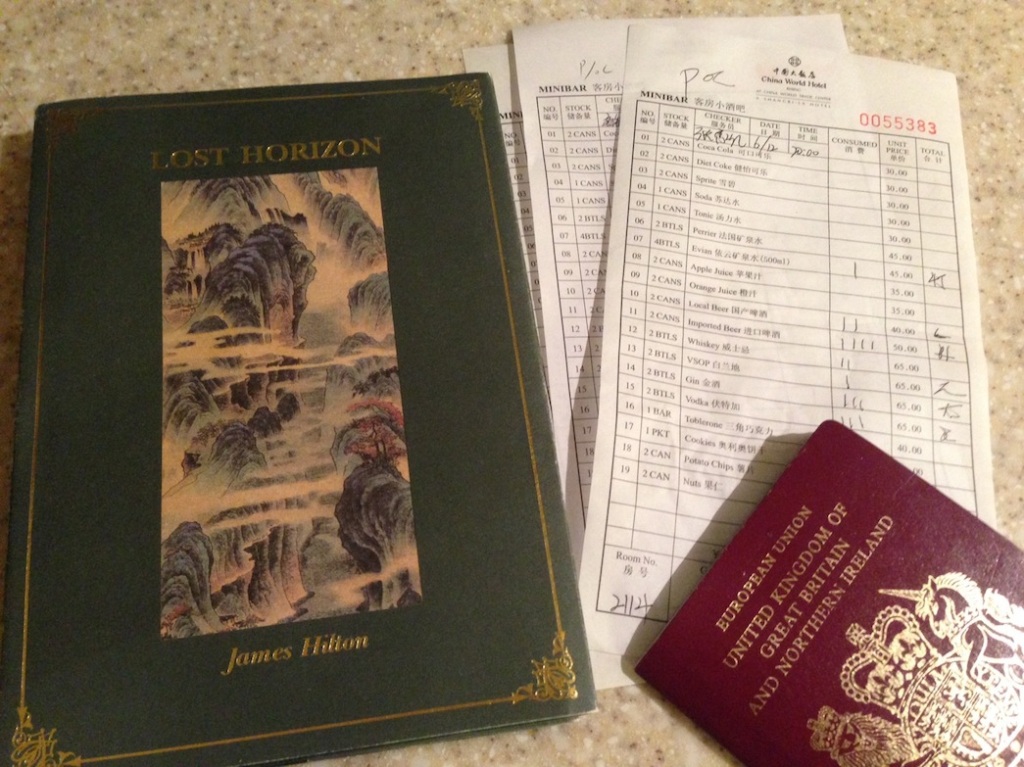 It’s 2.33 a.m. and I lift the receiver of the antiquated telephone in my room at the China World Hotel. I purr smoothly to the room service attendant, who replies in precise monotone English. I wonder if I’m talking to a machine. It’d be nice to get a reaction, some inflection from that voice.

“Eggs Benedict and a cappuccino.”

For a moment I feel like Sean Connery in an early Bond; then the conference call I’m attending on the other phone breaks through my muse. Bond might have turned round to the voice of a Belgian in his hotel room, but they wouldn’t be talking about software and they would definitely have a body; a luscious or deadly one, perhaps both. Nevertheless, shifted time zones and impenetrable accents are not as difficult to manage as you might think—so long as you don’t attempt them sober. That would be dangerous and irresponsible.

Earlier experiences were more satisfactory. The China World provides an atmosphere considerably more hospitable than the outside world. Apart from the January temperature being below zero, it is the thick, acrid pollution that surprises newcomers to the city. On my first visit, by 300 kph train from Shanghai, I hurried to leave the station, which seemed full of diesel exhaust smoke, only to find that it was the very much worse outside air seeping in.

Inside the China World the air is cleaner and any smoke is breathed through filter tips in the Aria lounge bar, renowned for its wine selection. I hadn’t come for the wine, however. At midnight there are a few loungers, the comfortable sofas occupied by a more or less equal mix of locals and westerners. All are smartly dressed but their expressions look considerably more relaxed than their immaculate cocktail dresses and Hugo Boss suits. The first thing I notice about the bar is not the boundless selection of scotch but the absence of Hendrick’s from the expansive gin display. The bar is, in line with its reputation, incredibly well stocked, but for some reason I detect the absent Hendrick’s the second I walk in, like a missing tooth in an otherwise perfect smile. Hendrick’s is a staple of my daily itinerary, the famous botanicals making for a smooth re-entry into a new day’s drinking, although it did once cause me difficulty in a Tyrolean tavern due to my clumsy miming of the word cucumber. Nevertheless, I have no intention of drinking Hendrick’s in the Aria as I’m already full of it from my visit to the ninety-ninth floor of the China Tower an hour earlier.

The barman fusses around the bottles and spigots, polishing treasures and occasionally whipping the bar surface like the hide of an Arabian stallion. God knows, I appreciate a good barman, but he’s preening not cleaning back there and his face is blank, confident, unmoved. He’s seen everything and nothing I order can make any impression, get a human reaction. I can only needle him. Hoping he doesn’t have it tucked in a drawer somewhere, I ask him for a Hendrick’s. When he tells me he doesn’t have any, I look confused.

“I’m sorry, did you say you don’t have any Hendrick’s?”

I leave a long pause after his response and in the silence you can almost hear the deflating hiss. I’m much happier now to be looked after with humbled servitude instead of by the prancing Lippanzer I observed on entry. I fear, however, that the flavour of his unravelling is likely to surpass any drink I’m about to order.

I order a Mojito and immediately regret not asking for a Sidecar. I’ve grown very fond of the Sidecar ever since my first try, two Sidecars ago. My first was in the Covent Garden Hotel. I arrived there after a champagne binge at Cicchetti and it cut through my fug like a delicious fruit razor blade. It provided a high-altitude plateau from which I was able to pause, survey the scenery and then plunge, vigour renewed, back into Ruinart Blanc De Blancs.

My second Sidecar was better. Put together competently in the bar of the Hand and Flowers of Marlow. I have eaten there several times and do not like the food anywhere near so much as the drinks. Not every Michelin star guarantees satisfaction. Like Claridge’s, the cocktail bar is rather better than the restaurant.

Back in the Aria and the Mojito is a little disappointing, but carries out its function in a rather workmanlike way. I recently started to make my own Mojitos and once I struck upon the right formula this unfortunately ruined the drink for me by making me an insufferable pedant about other people’s manufacture.

Towards the end of the Mojito, I’m visited by the ghost of the impending Belgian and as the last drop is drunk, I become sullen. My shoulders slump under the weight of the anticipated conference call. There’s no avoiding it. I already wrote off the previous working day due to the hotel obligingly leaving a copy of Hilton’s Lost Horizon1 by the bed.

A subtle respiration from the earpiece of the phone breaks my reverie and I’m back in my hotel room. Robots don’t breathe, so this fellow must be showing an unwise apathy for my order that distracts me enough from the Belgian droner to quickly scan the room service menu.

“I’m sorry, did you say you don’t have any oysters?”

“Fine, just bring me a bottle of Champagne.”

Phone down, the interaction brings a wolfish smile to my face as I turn my attention back to mon ami d’ordinateur. 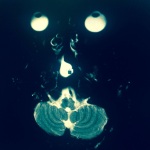 The Lost Tycoon is a melancholy international businessman, drunkard and sod.