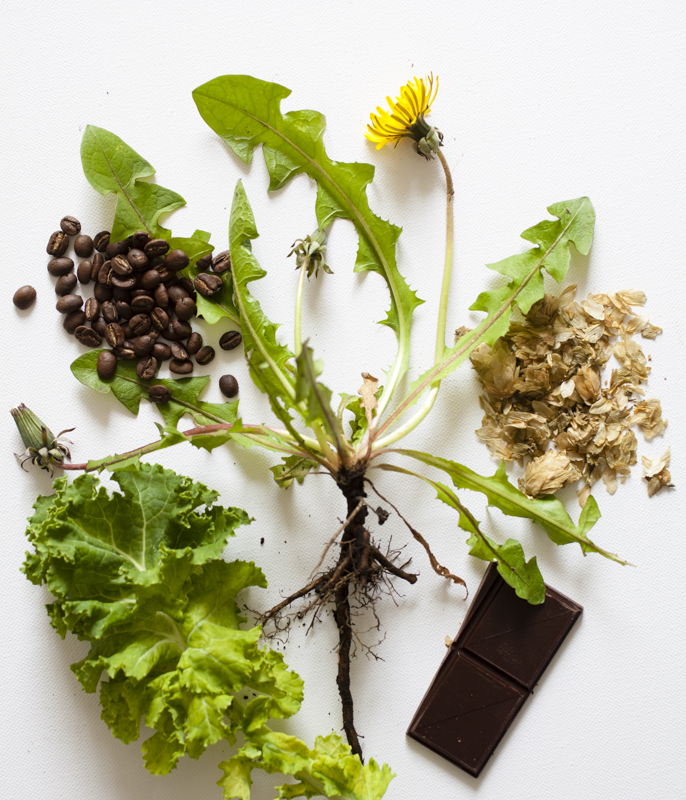 It would appear that in the UK collective tastes have changed, as many of us now shun the overly sweet cocktails that used to be the stalwart of the office party. Sweet mixers like grenadine, cola and fruit juice are making way for the bittersweet and far more grown-up flavours of vermouth, intense Fernet Branca and bitter-orange Campari. We can’t get enough and sales are up across the board, with cocktail bitters sales doubling, artichoke-flavoured Cynar up 60% and, perhaps most surprisingly, the bitter orange/rhubarb flavours of Aperol have reported a massive 800% rise in sales since last year. Bitter should be a signal for poison, a taste we should have evolved to shun to avoid a horrible death, but instead we seem to love it.

To understand why, we have to look at taste, and what we taste. It used to be thought that different areas of the tongue taste different flavours, but this has long since been discredited. However, it is now an established assumption that taste can be bunched into five categories: sweet, sour, salt, umami (or savoury) and bitter. We also taste things like metallic and heat or spiciness, but these are really sensations and not flavours.

We have developed each of our five tastes for specific reasons and they all signal to our brain that we are eating either food or toxins. Bitter is by far the most complex, especially when you compare it to sour or umami, for which there are only a handful of taste variants—the bitter taste is thought to trigger around 550 taste receptors (and counting).

The reasons for this are fairly obvious from an evolutionary perspective; for example, in nature umami generally equates to “good”. It means we are getting precious amino acids into our body and as most umami foods have been cooked or aged they are generally not poisonous, either. Bitter, on the other hand, is not so straightforward. Think of the bitter flavour of kale or dandelion greens; both are rich in vitamins and minerals and can help to regulate insulin levels. It can also signal pleasure, as it does in the form of many bitter alcoholic drinks. But the bitter taste of many poisonous plants is meant as a warning. So bitter can signal three very different things: pleasure, death and nutrients.

Bitter flavours can also help produce bile and increase the appetite—ideal just before a meal. They know this very well in Turin and Milan, and if you walk into any cocktail bar or lounge you’ll find it teeming with people sipping their bitter pre-dinner cocktails and enjoying the Italian version of the happy hour. This is perhaps why most of the bitter drinks we use in cocktails or enjoy as spritzers come from Italy.

On a recent visit to northern Italy I met up with Piedmont-based Roberto Bava, a leading player in the vermouth boom and brand manager of Cocchi vermouth. He explained that historically many of the bitter drinks were used as medicines, treating a diverse range of illnesses such as headaches, intestinal worms and even plague. In time, people started to fabricate illnesses to get a taste of their favourite bitter drinks. Eventually, the practice became so commonplace that it was acceptable to have a drink just for pleasure.

A flood of American tourists to Italy in the late 19th and early 20th century helped to introduce bitter drinks to the US. Many of these were mixed into cocktails to satisfy the Americans’ slightly sweeter tooth, with bitter already being established as an essential cocktail component. “A cock-tail, then, is a stimulating liquor composed of spirits of any kind—sugar, water, and bitters” read an early 19th-century US newspaper1, one of the first recorded mentions of the cocktail. Indeed, the Campari/Vermouth Milano–Torino cocktail was asked for so many times by Americans that it became known as the Americano.

I asked Alex Kammerling, an ex-cocktail waiter who helped create the UK’s first aperitif (Kamm & Sons) to shed a little light on the resurgence of our love for bitterness: he said that bitter has 25–35 receptors and this means it stays on the palate for longer and carries flavours. “Try adding bitter to strawberry, for example, and it will be long, lingering and satisfying rather than short lived and disappointing”. Jack Adair Bevan, chief barman at the award-winning Ethicurian restaurant and creator of The Collector Vermouth, also champions bitter flavours, suggesting that he has seen a massive increase in bitter cocktails and Italian-inspired drinks. So much so that even the British bitter cocktail, the humble gin and tonic, is getting a run for its money at the Ethicurian.

But if you think the current craze for bitter drinks is something new, I can assure you that it isn’t. Traces of wormwood, one of nature’s most bitter herbs, have been found in the remains of ancient Chinese rice wine. Meaning this drinking trend might actually date back over three-thousand years.

Make your own bitter drink

As a forager and maker of wild cocktails I have found that the bitter flavours I obtain through macerating wild plants can create drinks that are addictively bitter and very original. To try your own experiment take 8 g of a fresh bitter herb, such as alexanders, cardoon leaves, mugwort or even burdock leaf, per 100 ml of either vodka, grappa, brandy or gin, and place it in a Mason jar. Leave it to macerate for 3–10 days and then use in place of the Campari in a Negroni (equal parts Italian sweet vermouth, gin and Campari stirred over ice and served with a slice of orange), and you too will be rewarded with something amazingly complex that you can drink before a meal while pretending that it’s doing you some good.

Andy had his first alcoholic drink at eight and has never looked back. He now works as a freelance drunkard and does many booze related things to earn a crust. These include taking people out into the woods and teaching them how to make booze from wild plants, writing about booze in his books, the bestselling Booze for Free, his in-depth treatise on beer, Brewing Britain, and more recently the book he is working on, Wild Booze and Hedgerow Cocktails. He often writes for the Telegraph and occasionally for the Guardian. He’s also been know to help various establishments design their own signature drinks. Andy is known as one of the politest people in the drinks industry, he never swears and is always convivial and never an incompressible drunk. Honest. And he really is the editor at large for Alderman Lushington.

1. In the May 13 1806 edition of the Balance and Columbian Repository in Hudson, New York, the editor replying to a reader’s query. ↩