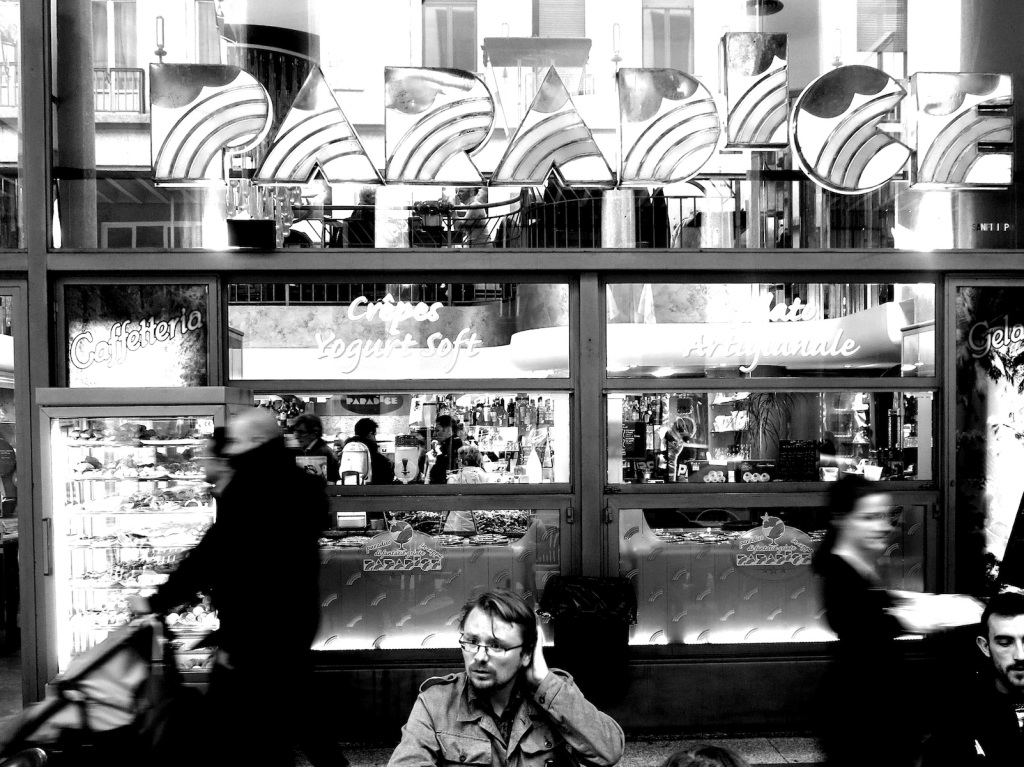 I was sitting with a bottle of Slovakian Fernet Stock in one hand and my tablet in the other, checking out the differences between the Stock and Fernet Branca—not much, as it goes. I happened upon a cocktail called the Stomach Reviver, the name made me chuckle and my unwife, Emma, naturally asked, “What are you laughing at?”

Stir all the liquids over ice, strain into a chilled coupe or cocktail glass and add the lemon.

I started to explain that Corpse Revivers are hair of the dog mixtures that are thought to be powerful enough to wake the dead and have been around since the first great cocktail boom, some time around the 1860s. Also, that Fernet Branca has been long since used as a digestif (to help you digest your food). Another ingredient, Kummel, is made with caraway seeds and time was this was used by all and sundry to calm the stomach.

As I explained, my eyes darted around the kitchen and I saw bottles of hand-crafted liquors made with obscure foraged ingredients, I saw jiggers of every size and shape in metric and imperial, I saw many different bottles of bitters, four different nitrous oxide infusers, cocktail books where cookbooks should be, and the right glassware for almost every beer, cocktail or wine you could possibly want—I even have three types of Champagne glass. I stalled as I was explaining Kummel and instead blurted out, Fucking hell, what I have I become?

My occasional hobby, my drinking habit, has grown, it’s taking over, spread across three or four rooms in my house and right down to my office. This was perhaps the first time I realised what a cocktail geek I am. Already being a beer geek and plant geek, I swore blind I wouldn’t let it happen again and yet, here we are.

I did what every self-respecting cocktail geek would do and poured myself a drink—my version of Eeyore’s Requiem—and sat and reminisced about my drinking past.

Stir over ice, strain and serve in an ice-filled rocks glass with a satisfyingly heavy glass bottom.

I thought of my days drinking in the Racehorse pub in the Midlands market town of Northampton. A place that was once frequented by the uncrowned king of counterculture, Alan Moore, members of the group Bauhaus and every freak, goth, traveller, metaller, indie freak, speed freak, cyber punk, punk, football hooligan and subversive within a 20-mile radius of the M1’s junction 16. I can remember being excited about Kronenbourg first being available, it was something exotic. I can remember drinking Special Brew or cherryade and vodka before going out to save money, and rolling cigarettes out of the end of discarded superkings. Cocktails were when you mixed a bottle of K, a high-strength cider, with a bottle of the aforementioned and locally brewed Special Brew to make a super snakebite—perhaps if feeling like a bon vivant one would add a dash of blackcurrant cordial to make a super snakebite and black. Which also made it slightly more palatable.

The fact was, living in a Midlands town in the 1990s, we had a greater variety of drugs than drink. The low-level cannabis dealers could offer you three or four different types, ecstasy and acid were available in different strengths, sizes, shapes and with various side-effects, and even dirty drugs like speed came in four varieties, while I’ve not mentioned the obscure pharmaceuticals that found their way into pockets from the two local psychiatric hospitals.

In contrast, back bars consisted of one bottle of Gordon’s gin, house vodka (often some cheap knock-off from the continent), Bacardi rum, shit red and toxic white wine from a box, one ale, two lagers and, if you were lucky, two whiskies—Bell’s and Jack Daniel’s. You could say it was the opposite of gentrification. Although, I can remember going through a stage of trying out new drinks and going through the dustier bottles hiding behind the cigarettes; sitting there of a lunchtime with a glass of Pernod and black(currant) or Cointreau and orange(ade)—feeling like a true sophisticate.

These days, I live in Bristol and most pubs will have at least five different gins, if not more, and if I wanted to go through the back bar I’d need at least two months off work and a liver transplant at the end of it. I have three artisan off-licences within easy reach, and if they don’t have what I want I can go on the internet. Bristol is also home to more than 20 commercial brewers and at least two (legal) distillers. Plus I have the internet itself, which I can use to connect to people all over the world to help me make almost any drink I could possibly wish for.

The change in what is available has happened gradually, organically. Just as the change in my drinking habits has. Bombay Sapphire became commercially available everywhere, as an alternative to Gordon’s, and then more and more ale was available. Supermarket wine sales rocketed. We even had a small cocktail boom in the mid- to late ’90s, albeit with cocktails that couldn’t be called sophisticated—such as Long Island Ice Tea and the Long Comfortable Screw Against the Wall.  By the early 2000s, cheap flights had, kill me now for this pun, “taken off”, and people were bringing back booze from all over the world. Drinks like Metaxa and ouzo became commonly known and would appear late at night when nothing else was left to drink.

These trickles of change became torrents. Plus, partly propelled by an upsurge in home brewing, and partly as a result of the craft ale movement in the States, thousands of new beers flooded the market. Next came gin, soon it will be vermouth and amaro. The upward trend in choice is continuing unabated and I’ve realised that it isn’t really me that has changed, I have not become anything, I’ve always been an adventurous drinker. It’s the world that has changed and I’ll drink to it continuing to. In fact, I’ll have a Berliner…

Pour one tablespoon of sugar into the nut section of your blender/food processor, along with one tablespoon of caraway seeds. Pulse until it is, like me, superfine—pour the mixture evenly across a saucer. Rub the lemon wedge around the rim of the glass and roll the glass over the sugar mixture.

Shake the wet ingredients over ice, strain into a chilled coupe glass and add the twist of lemon peel.