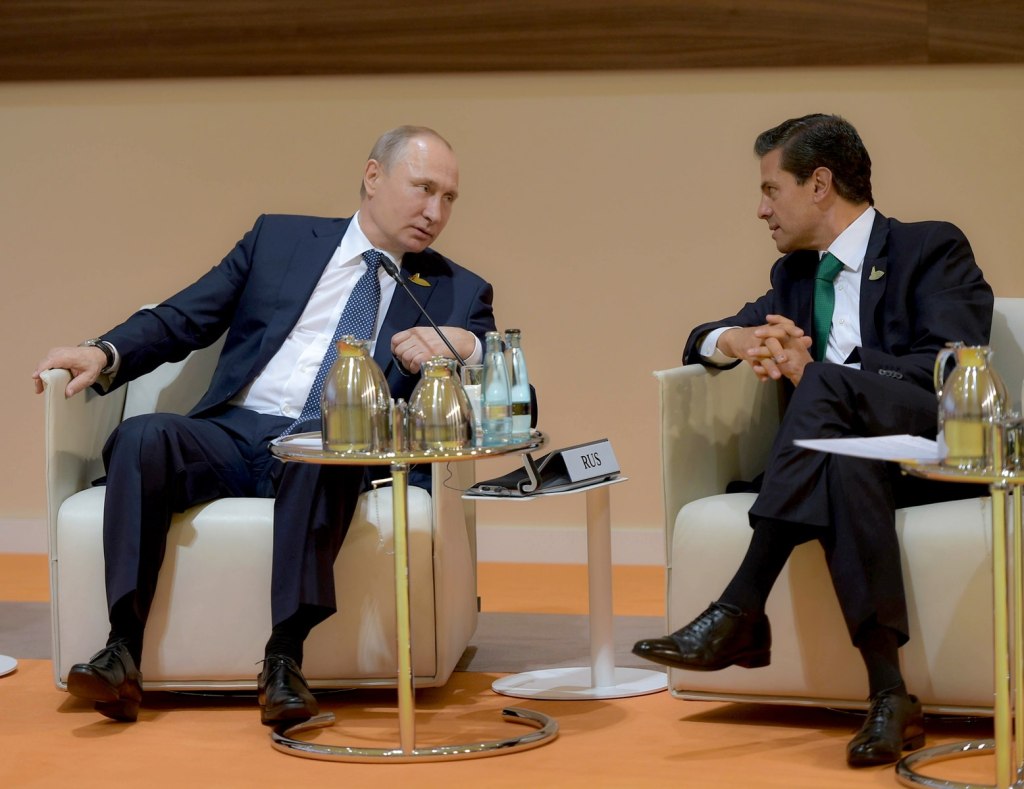 "I have all the ingredients in front of me, I'll mix the drinks after I've taken my shirt off." Credit: Wikimedia Commons (CC BY 2.0).

To celebrate Russia’s football World Cup hosting and the vigour of her exciting leader, Andy Hamilton has devised a special Vladimir Putin-themed cocktail.

The Russian president is a rugged outdoors man who loves to take his shirt off, especially when riding a horse and if a photographer is nearby. Indeed, he releases a calendar every year showing himself half-dressed and at one with nature. He also loves Elton John and wearing white trousers, and he spends a lot of time tending his fishing rod with the prime minster, Dmitry Medvedev.

The ingredients from this cocktail all need to be plundered ruthlessly from nature, preferably from horseback.

Stir over ice using the biggest and most manly looking blade you can find and then scrape pine needles snatched from halfway up a mountain over it. Serve naked. With no garnish, that is. It’s up to you whether you wear clothes to serve this drink, but if you can consume it while also rigging elections and controlling the state media, bully for you.

Andy had his first alcoholic drink at eight and has never looked back. He now works as a freelance drunkard and does many booze related things to earn a crust. These include taking people out into the woods and teaching them how to make booze from wild plants, writing about booze in his books, the bestselling Booze for Free, his in-depth treatise on beer, Brewing Britain, and more recently the book he is working on, Wild Booze and Hedgerow Cocktails. He often writes for the Telegraph and occasionally for the Guardian. He’s also been known to help various establishments design their own signature drinks. Andy is known as one of the politest people in the drinks industry, he never swears and is always convivial and never an incompressible drunk. Honest. And he really is the editor at large for Alderman Lushington.